For the first time in nearly 5 years, Yasmin is back at Winser London modelling their spring 2022 collection. The brand, known for its affordably-priced, figure-flattering, and luxurious womenswear, was founded by Kim Winser in 2013 with Yasmin as its face. Since then, it has grown with several notable collaborations and gained a reputation as an indispensable part of every woman’s wardrobe.

A longtime fan of the label, Yasmin says about the latest collection, “The Winser London Collection, it’s all about gorgeous comfortable classics in beautiful fabrics. I should know, I’ve been modelling for them from the beginning and live in their cashmere pieces. This new soft tailoring collection hits another level of effortless chic. I love this suit, it’s cool, sexy, confident, and comfortable, what a combination, and yes, I am getting it in all three colours.”

Check out Yasmin’s past campaigns for Winser London here.

Yasmin and daughter Amber star in the latest campaign for Olivanna London, a natural skincare brand that uses British-grown, consciously-sourced ingredients. Created by a mother who was inspired by her daughters, Olivanna emphasizes beauty rituals passed down through the generations that maintain bonds between women of all ages – and Yasmin and Amber seem an exemplary choice to embody this message.

For the second time, Yasmin and daughter Amber have been selected as the face of Boodles’ “A Family Story” campaign. As a mother of three and grandmother of two who makes family central in her life, Yasmin is an ideal representative of the Boodles brand, which is helmed by the sixth generation of the family that founded it over two centuries ago.

Yasmin and daughter Amber star in luxury fashion e-tailer MyTheresa‘s limited edition Beauty Pop-Up and were interviewed on their beauty secrets, their relationship, their fashion memories, and much more. Some tidbits:

The best beauty advice you got from your mum? Amber: “Moisturise like your life depends on it.”

The greatest thing you learned from your kids? Yasmin: “Endless patience.”

Amber: “The first makeup memory I have? Ah, I remember putting makeup on Tallulah when she was just a teeny tiny squish and she would just sit there silently grinning like a happy little cherub.” Yasmin: “I remember walking in and the poor child was just plastered in it.”

Best fashion secret I’ve ever learned? Yasmin: “You know, I think fashion is all about making mistakes – enjoy it, have fun.”

What was your first modelling job? Yasmin: “Hand job.” Amber laughs “It actually was a hand job, for a Unipart calendar. Tools, adjustable wrenches…”

See the full video and shop the MyTheresa Beauty Pop-Up at mytheresa.com.

Yasmin is one of the stars in the autumn/winter 2020 campaign for Fendi, whose spring 2021 show she appeared in last week, photographed by Nick Knight. This is her first time representing the label.

Both mother and daughter are fashion fanatics and love adding bold, statement pieces to their wardrobe.  In this shoot, they model their favorite coats from M&S’s fall collection.

Saffron “made a beeline” for the faux fur she wears in the above photo and loves taking risks, whereas Yasmin is a fan of impeccable cuts and eye-catching proportions and fabric.  One of her favorite selections is the “really sharp, straight black coat” she wears below.

Apart from family shoots, this campaign marks Saffron’s first modelling job as an adult. Her true passion is for music, having received her BA in music performance last year.

This is not their first campaign for M&S, having previously modelled for them in 1995!

Yasmin has had an active career as of late!  Let’s look at some new work that she has done over the past couple months.

In October, Future Dreams issued their fall magazine with Yasmin and her fabulous Models 1 agent, Karen Diamond, as photographed by Simon Emmett.  (Emmett also shot Yasmin for the October 2000 issue of Paris Vogue.)

Future Dreams is a London-based charity that strives for a future free of breast cancer, a cause to which Yasmin is strongly dedicated, and raises money for Breakthrough Breast Cancer and The Haven.  Find out how you can help out on their site.

Also this autumn, makeup artist extraordinaire Lisa Eldridge (who has been working with Yasmin since 1993!) invited her to shoot two different makeup looks, a natural take on ’90s glam and a “rock chic” look.  In them, Yasmin shares tidbits about the heyday of the supermodel era and her personal makeup secrets.  Yasmin has the most incredible stories – a must-watch.  Check out one of the videos at the link below.

Yasmin has joined fellow 80s and 90s supermodel Paulina Porizkova as the face of Swedish clothing brand KappAhl in images shot by photographer Hasse Nielsen, appearing on their website as well as in their commercials.  This is not her first time representing the label, as she previously did so in the mid ’90s. 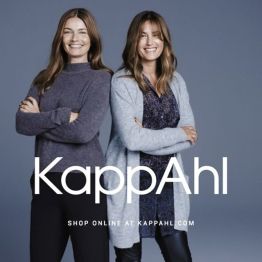 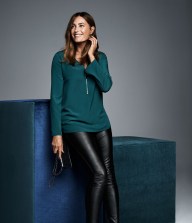 Recently, it was announced that Yasmin and daughter Amber are on the cover and inside the December 2016 issue of Harper’s Bazaar Taiwan.  In addition to the fantastic images, mother and daughter did an interview that appears on their website (in Chinese) and a video behind the scenes at the photo shoot.

Yasmin’s long-awaited capsule collection for Winser London has finally launched!  Much like with her collections for Wallis over 5 years ago, Yasmin fully involved herself in the design process and created very special pieces that she herself would want to have in her wardrobe.   Combined with Winser London’s reputation for luxurious and comfortable, timeless clothes with a high attention to detail and style, Yasmin’s collection is very personal, reflecting her own classic tastes and eclectic influences.  “It gives an opportunity for me to develop their style, which I believe in and love, and to take it a little bit further and add my own personality,” she said. 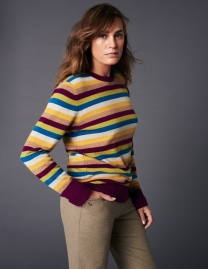 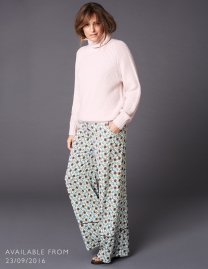 Among her inspirations for this collection are the city of London itself, a place where she has long lived and loved, and classic cars.  Several of her pieces reflect the mystique of early motor racing, when many women were among the racers, and the styling of old racing suits.  She was very much inspired by the adventurous spirit of these liberated women from the twenties and thirties, who dared to take risks in an era of strict gender norms.

Yasmin, Eva Herzigova, and Helena Christensen have been named the faces of Debenhams‘ autumn/winter 2016 campaign, which aims at “women not girls.”

In the campaign, which launches in Debenhams worldwide markets next month, the supermodels wear Designer at Debenhams products from the Principles by Ben de Lisi, Nine by Savannah Miller and Star by Julien Macdonald lines.

Debenhams marketing director Richard Cristofoli said:“Our customer has grown up with the Supermodel talent and identifies strongly with them as role model women who know how to wear a trend and wear it well. We know that our customers want advice and inspiration on how to wear latest trends in a way that suits them and by working with Helena, Yasmin and Eva we are showing confidence in our fashion offering.

“The fact that we are portraying ‘women not girls’ shows we are in touch with our customer and showing her that style has no age barrier.”

This is not Yasmin’s first time modelling for Debenhams.  Her relationship with the brand dates back over 20 years, most recently for a campaign in 2006. 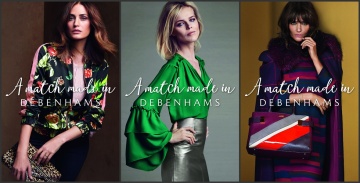 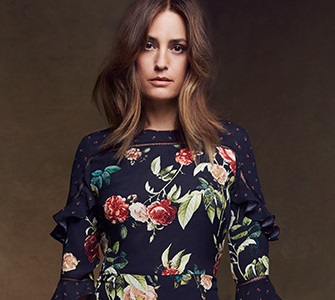 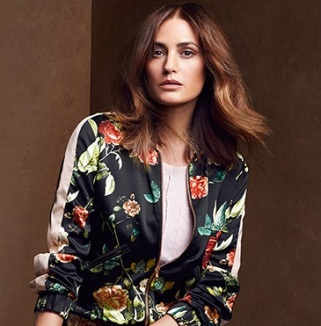 This is their first campaign together for over three years, when they were the face of Monsoon.